Taipei Art District Festival 2019 "It's SHOW Time" will be held in Dazhi and Neihu from October 5th to November 3rd. The festival invited Tseng Yu-Chuan and He-Lin Luo to act as curators, as well as nearly 40 domestic and foreign artists to participate. In addition to connecting regional art institutions and spaces, art is also brought to public areas, through "performance" and "a show", to think of a gentle way to bring art into public space and life.

Living in the digital age, we are immersed in a theater of interwoven virtuality and reality, in which the relationship among main characters, supporting characters, sceneries and props is always fluid and uncertain, defined by an extendibility stemming from their mutual interpretation. These elements co-construct an indescribable performance of the post-internet era without a clear distinction between the real and the unreal. It’s SHOW time discusses the fundamental elements of theatrical performance—people, object, scenery and viewing, utilizing four sub-topics – “Body System,” “Object Consciousness,” “Fluid Scenery” and “Interactive Relation” – to explore a theater characterized by both virtuality and reality, through which the definitions of people, object, scenery and viewing are all blurred and destabilized. With the interplay and dialectics of virtuality and reality, the featured artists employ entanglement and the dialectic process as strategies to manipulate secondary, random actions or objects previously used as foils to create the stage scenery. By doing so, the artists transform the main and supporting characters as well as the scenery and props, decentralizing the characters, creating actuality that does not equal reality, immersing the viewers in emotions that push them into and beyond the action of viewing while reconstructing our perception and imagination of things.

In the age of self-media, subtle changes have occurred in the relationship between people, altering it from being between “viewer” and “the viewed” to one that is posited between “streamer” and “tipper.”. By sharing their life online, internet celebrities employ reality as a backdrop to erase the gap that would have separated their idol-like presence from the public. Therefore, if one compares the phenomenon of internet celebrities to the “theater,” such phenomenon indeed echoes “the Theater of Cruelty” proposed by Antonin Artaud. The Festival’s annual theme, It is SHOW Time, employs the ideas of “performance” and “show” to rethink ways of introducing artworks into the public space and “integrating” them into people’s life. The attempt also corresponds to the phenomenon of people sending out “live feeds” and “streaming” anywhere anytime in the post-internet era. By expanding this phenomenon into “an urban theater,” it effectively conveys the idea that a show of visual art is staged in the city through the public’s action, substantiating the Festival’s “artistic route” in this year. 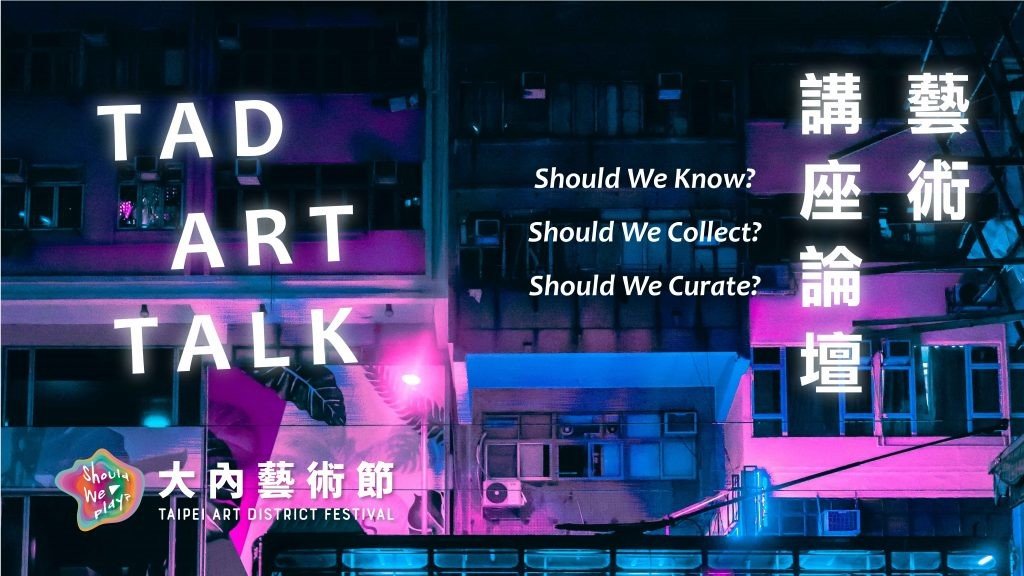 “Taipei Art District” is Taiwan’s art industry’s largest settlement which contains more than 20 galleries and art institutions, including the high-profile long-established and big Taiwanese galleries, Japanese and Korean galleries. Half of Taiwan’s overall gallery output value comes from this area. As the most densely populated area in Taipei, “Taipei Art District” is a newly emerging area in Taipei’s Dazhi and Neihu districts. Close to downtown Taipei, big spaces, and low rent price – these factors have been attracting galleries to settle in this area since the 1990s. Apart from this, with the potential of local technology and the purchase of art for luxurious houses, the number of galleries has grown evenly in the past three to five years. “Taipei Art District Festival” was launched in 2014 and has been held for five times. The event is abundant with activities, especially after being supported by the Department of Culture Affairs of the Taipei City Government, its activities expanded to the public domain and is widely supported and talked about by the people in the area. As the area is located near Neihu Science and Technology Park, “Taipei Art District Festival” attempts to promote new media art. Therefore, curator Tseng Yu-Chuan who has a strong focus on the development of Taiwan’s new media art was invited to plan this year’s festival. “It’s SHOW Time?” was chosen as the main curatorial topic, and four subtopics,”Show case”,”Show you in”,”Show off”,and “Show stop” were given to the additional activities of the festival. 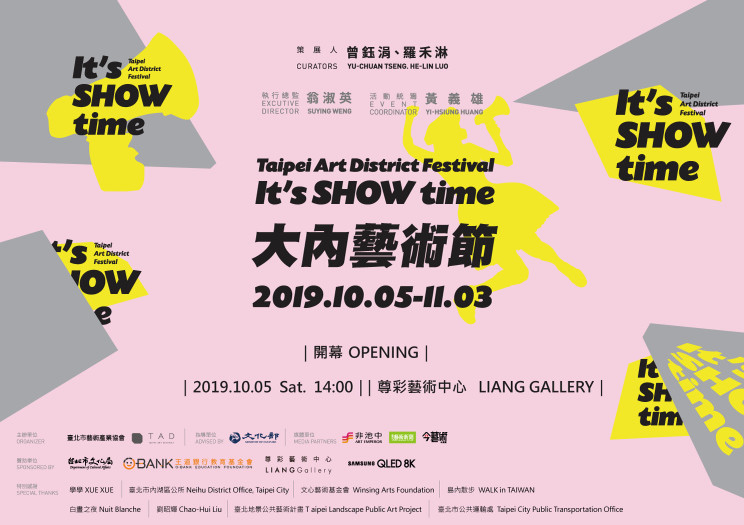