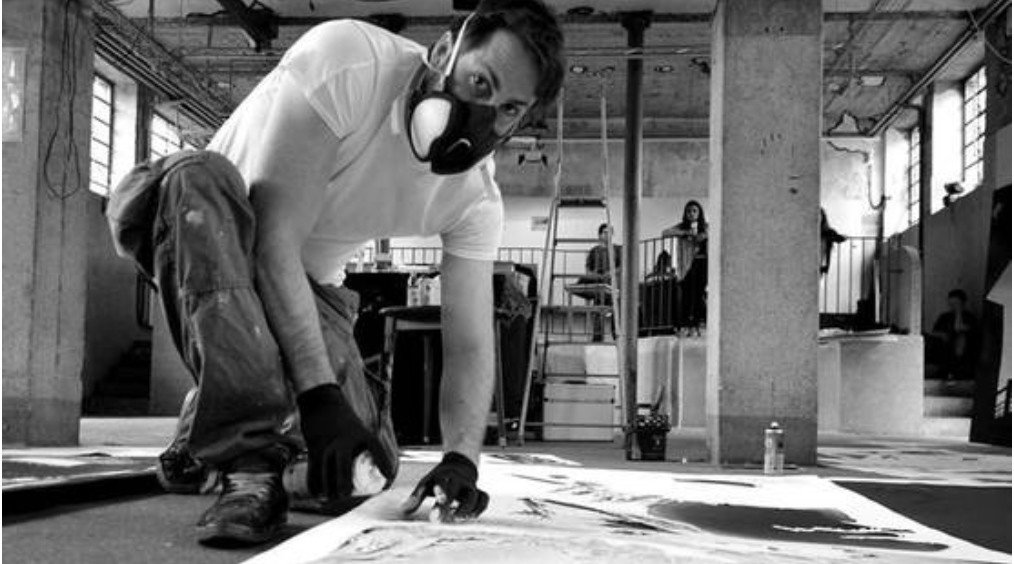 The street is a display space for Street Art which participates in the daily life of the public and generates communication in the most genuine way. A large number of works have related to social changes, political relations, and criticism of aesthetic sense, and try to use their own opinion to question the existing. It could find some clues from unpretentious works of German artist, Van Ray.

Van Ray presents the work in rough and impure, but all from the heart. He collected the antiques after a hundred years and preserved the various defect to bring the viewers the most direct experience with a pure and honest appearance. Just like his art, every scratch tells a story and every freckle of defects make it more perfect. Our flaws and incapabilities make us a better self instead of perfection itself.

Van Ray, a German artist who started to learn graffiti when he was a teenager, he has never had an idea to become a professional artist, and he can't even imagine making a living as an artist. Van Ray has never had been trained in an art academy, he relied on pure passion, rebellious intentions, and persistence to develop his art to this day. 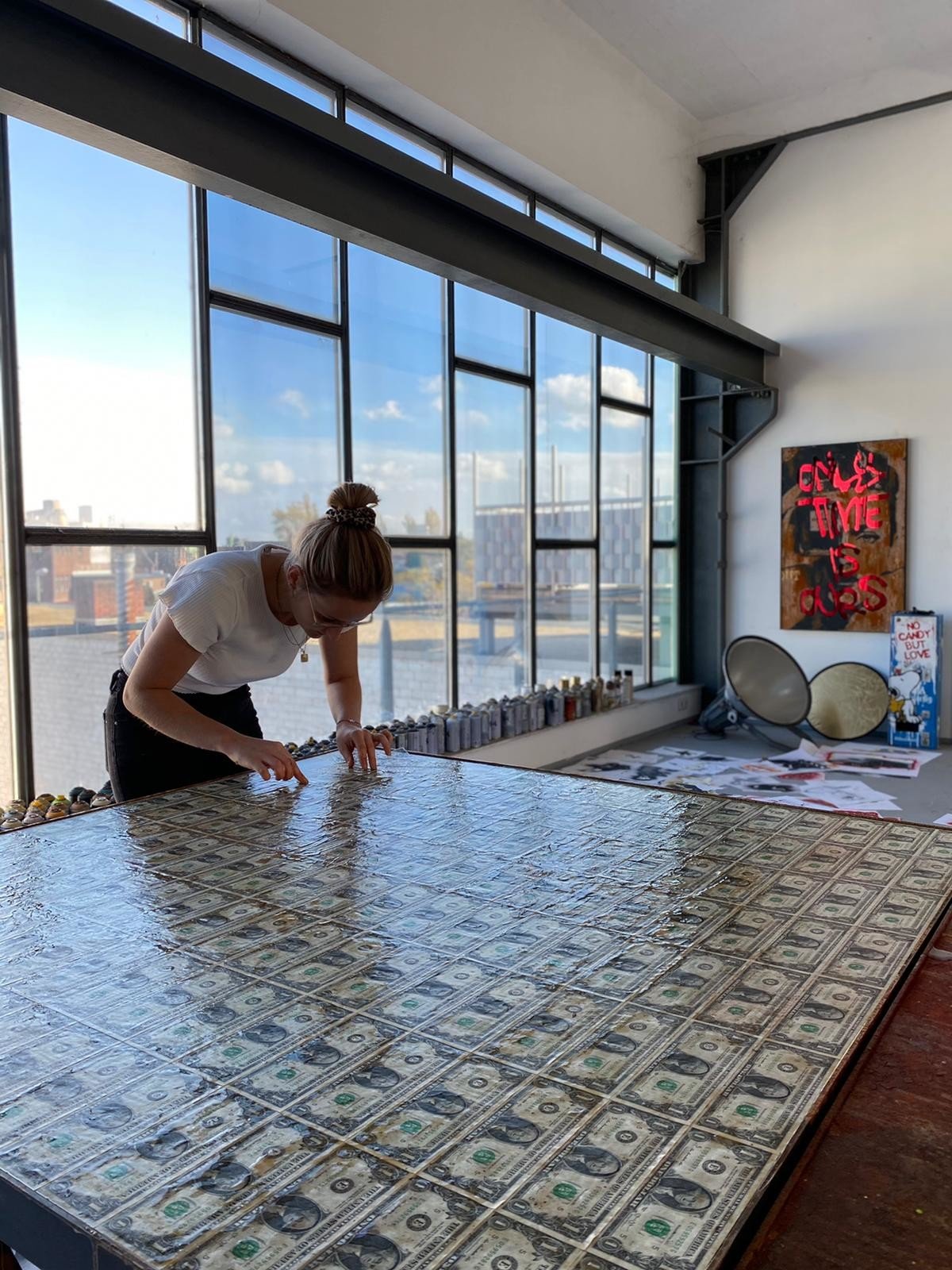 Being an artist is your dream career?

”No, I never focused on becoming an artist as a career, I just followed my life. “

Van Ray loves handicraft creation and art. After accumulating experiences and works, He made his own reputation in the field of graffiti and street art, and when he first participated in the group show and all of his works were sold out at the opening. He began to attract the attention of new art galleries and has been invited to participate in art fairs. He had his first assistant. Collectors liked his works more than he imagined. These experiences established Van Ray's position in the art world.

There are many ways to express art, why you choose street art and trends to present yourself?

“Exposure to art I feel I never had a choice. Graffiti was all I knew. There were no rules. It was all about keeping it real. That’s what counts for me until today!”

Van Ray's creations are rough, impure, and came from the heart, not from theoretical and norms. What really touches the artist is the real and unbiased emotions and haptics of society. Pure, immature, and real. That’s why he likes to work on antiques, they have been preserved over time in genuine not artificially, every scratch, freckle tells a story and makes it perfect. Just as being born is not so perfect, but our shortcomings and inadequacy make our experience. 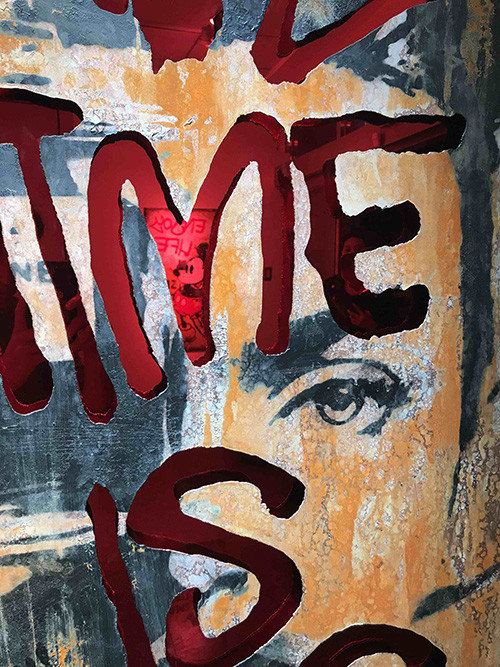 However, by placing classic cartoon characters and clean materials (such as plexiglass) on old objects, the difference between the two enhances the contrast.
“Give me a spray can, a sheet of old steel and I’m happily willing to forget the world”

Are you usually give a story for your creations? Or just name it and let the work interact with the viewers?

“Usually I try to avoid giving the whole story to an artwork.

I think art is more about perception than an explanation.”

He uses the typography and named the work to help to describe the story. In his perspective, there’s no need to proselytism of people, and neither to judge an artwork. When the art itself relates to the viewers and generates people to talk and communicate, it is the most beautiful thing. 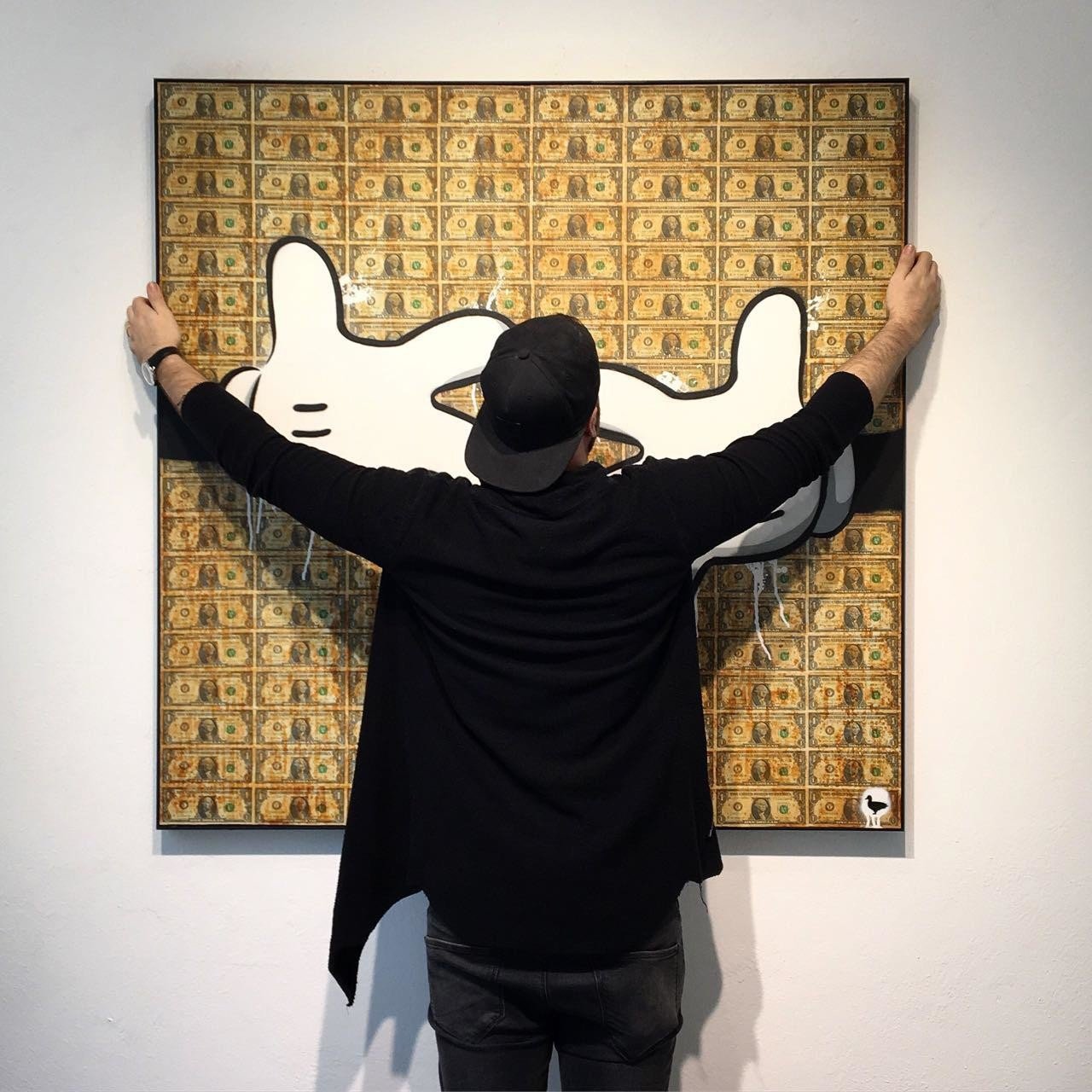