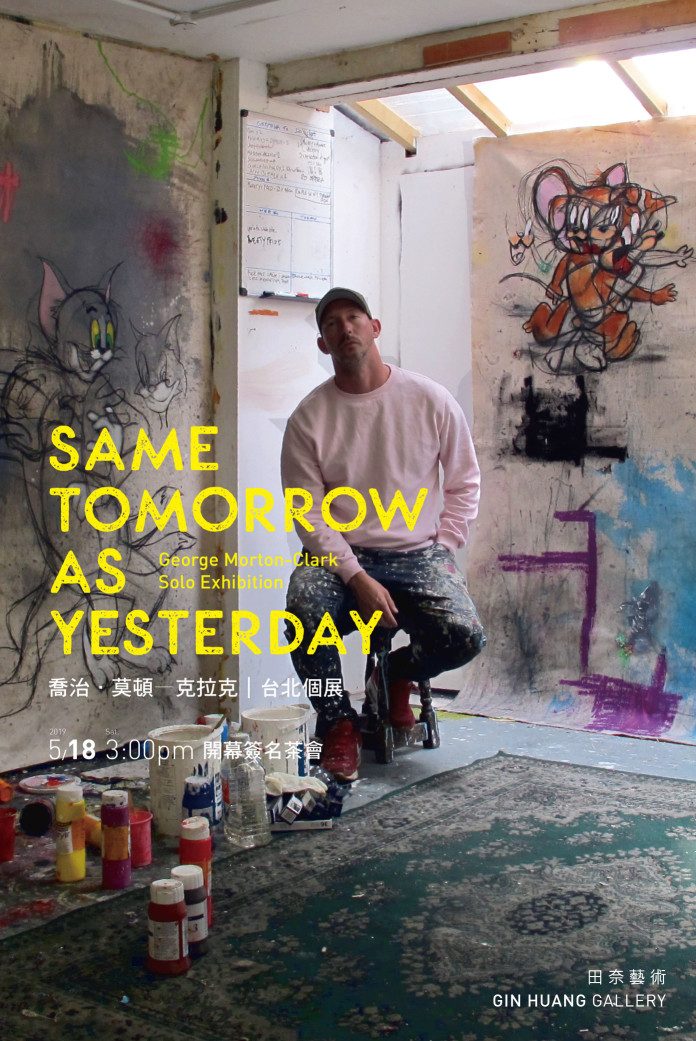 George Morton-Clark is a British artist whose work often features the spirit of street art and pop imagery. Integrating the elements of both eastern and western fashion trends, George's art has been a great hit in Art Basel across Europe and the US in recent years. He has exhibited

Next year, he will also participate in Art Basel Hong Kong with many top artists including Japanese contemporary art giant- Takashi Murakami, colorblind artist Daniel Arsham and Portuguese artist Vhils who is

renowned for his gigantic carved murals. We are excited and honored to announce that George is coming to Taipei to present his first solo exhibition at Gin Huang Gallery on 18 May 2019. To celebrate this

exhibition, we would like to cordially invite you to the opening reception at the gallery on that day. With a limit of 30 pieces, an exclusive postcard illustrating George's work will be available at the venue- you will have a chance to get George autograph the postcard as well! 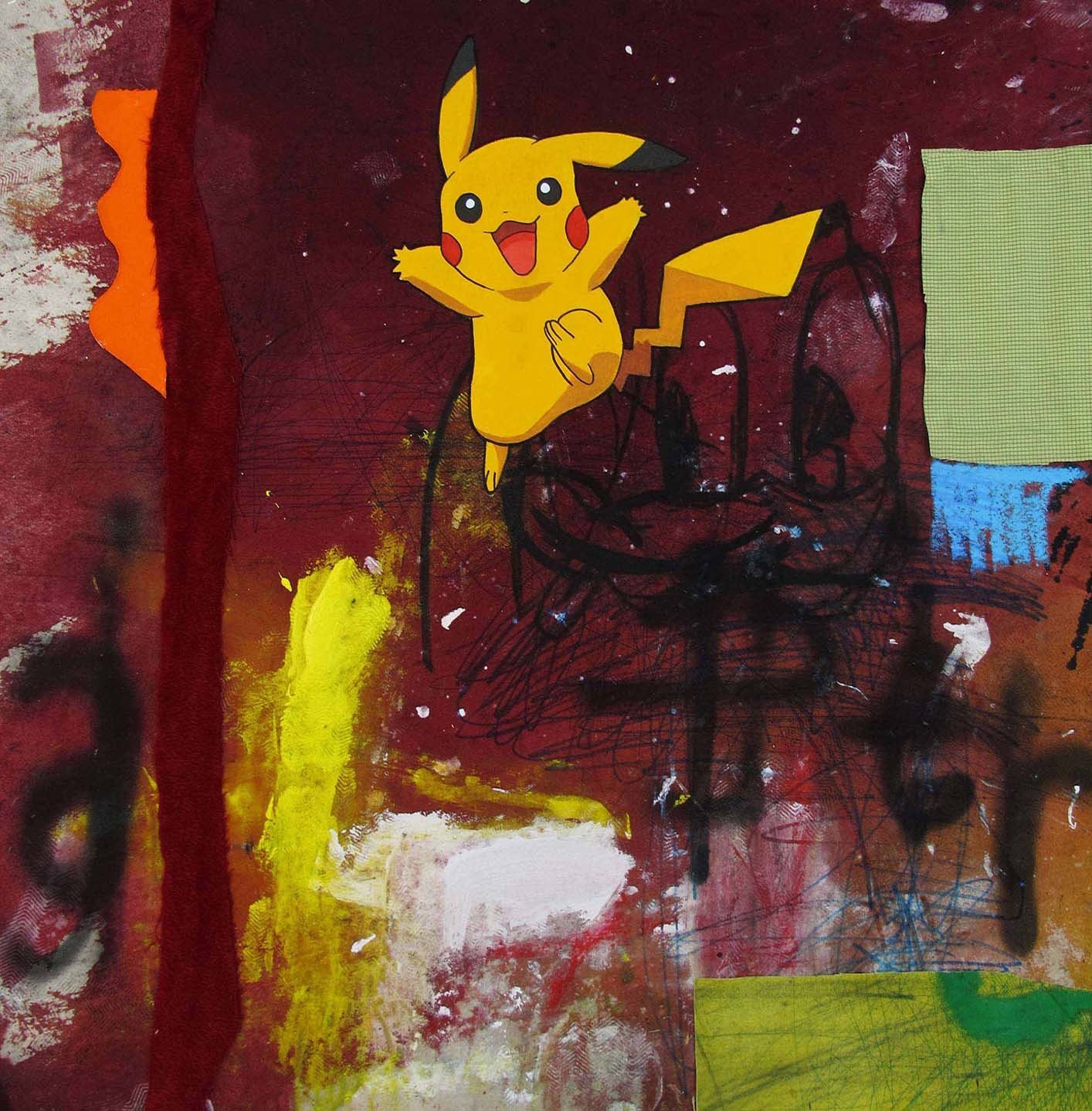 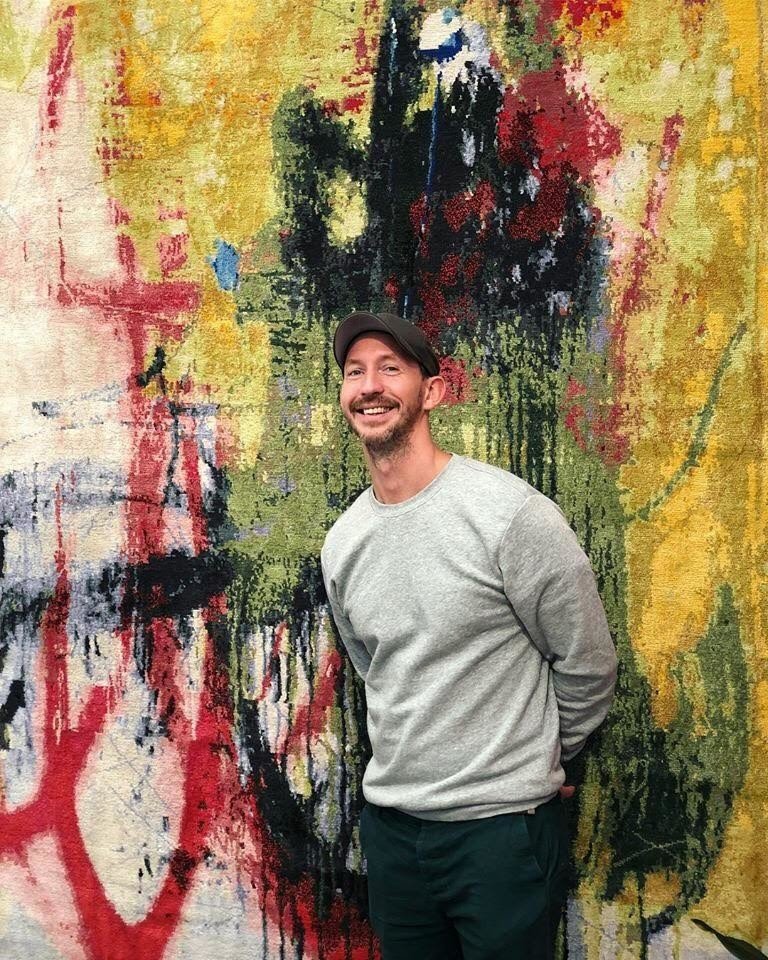 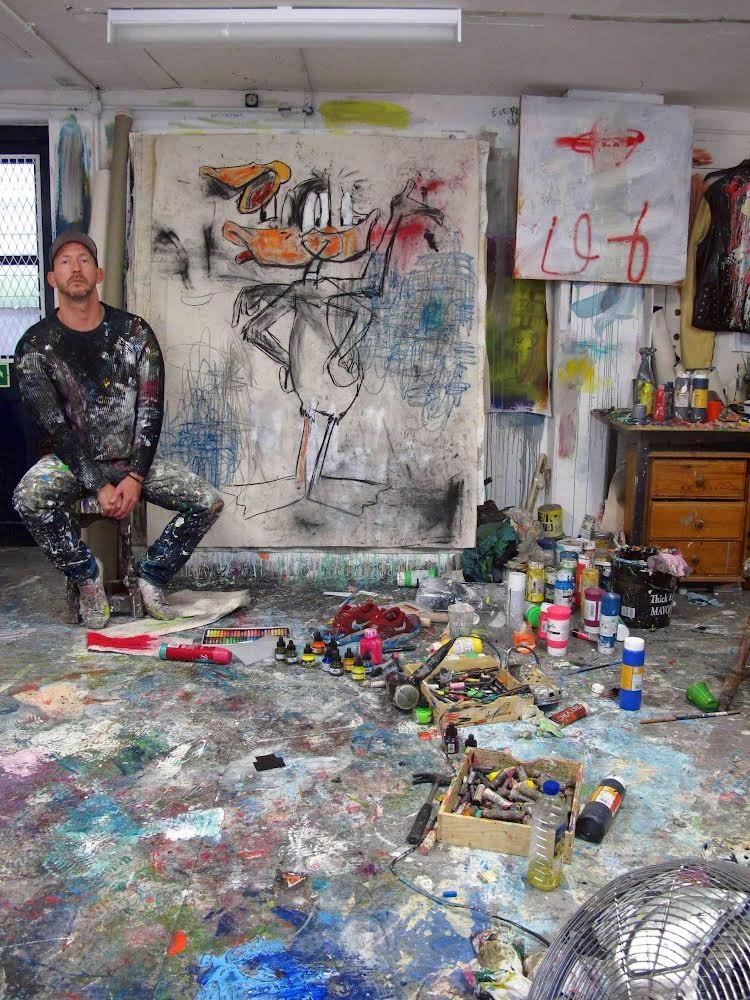 George Morton-Clark was born and raised in Tooting, South London. He studied animation for 3 years at London University, Surrey Institute of Art and Design. After gaining his BA he left to pursue an art career but the animation aspect has never really left his craft. In 2018 he sold out his works in a major show in Beirut concluding with 24 pieces going to prestigious collections across the world. His works are large and bold canvases of oil and acrylic within contemporary abstract form. He takes his inspiration from films, music, his travels and pop imagery. Now based in East London he has his work in major collections across the US, Europe, The Middle East and the Far East. George has exhibited alongside the likes of George Condo, Tracey Emin, Jean-Michel Basquiat, Keith Haring, Takashi Murakami and Damien Hirst. He has also collaborated with major brands including DeLonghi, The Macmillan Cancer Trust and Penguin Books. George's future projects include another 9ft rug with Knots Rugs in Chelsea this Autumn. With shows coming up this year in Singapore, Dubai, Miami, Paris, and solo shows in Taipei, Taiwan and Beirut, Lebanon later this year. 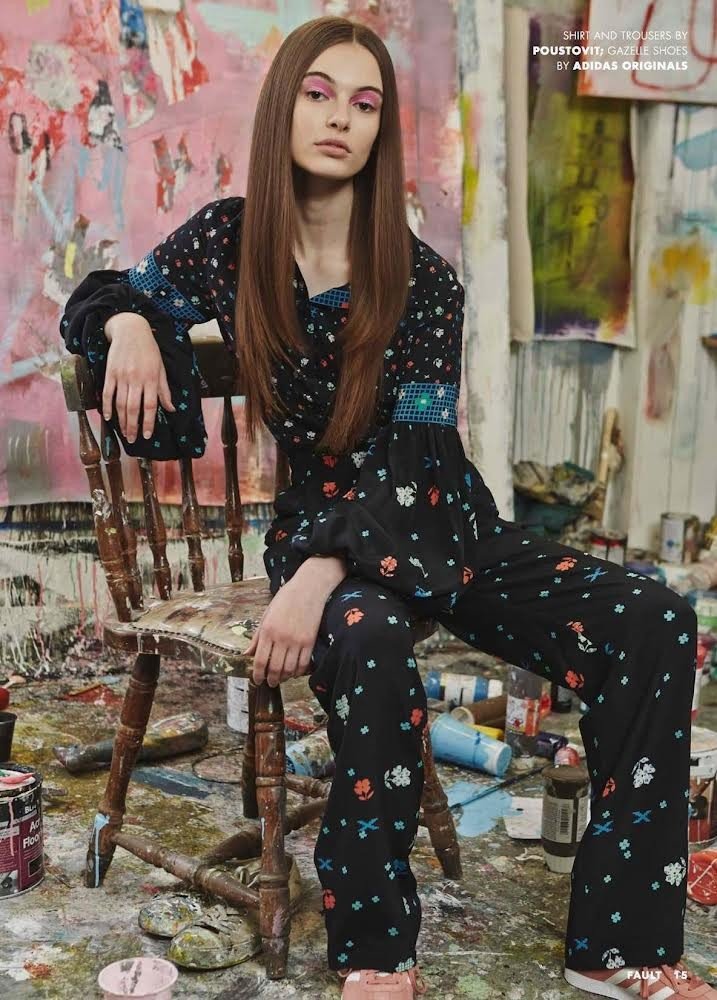 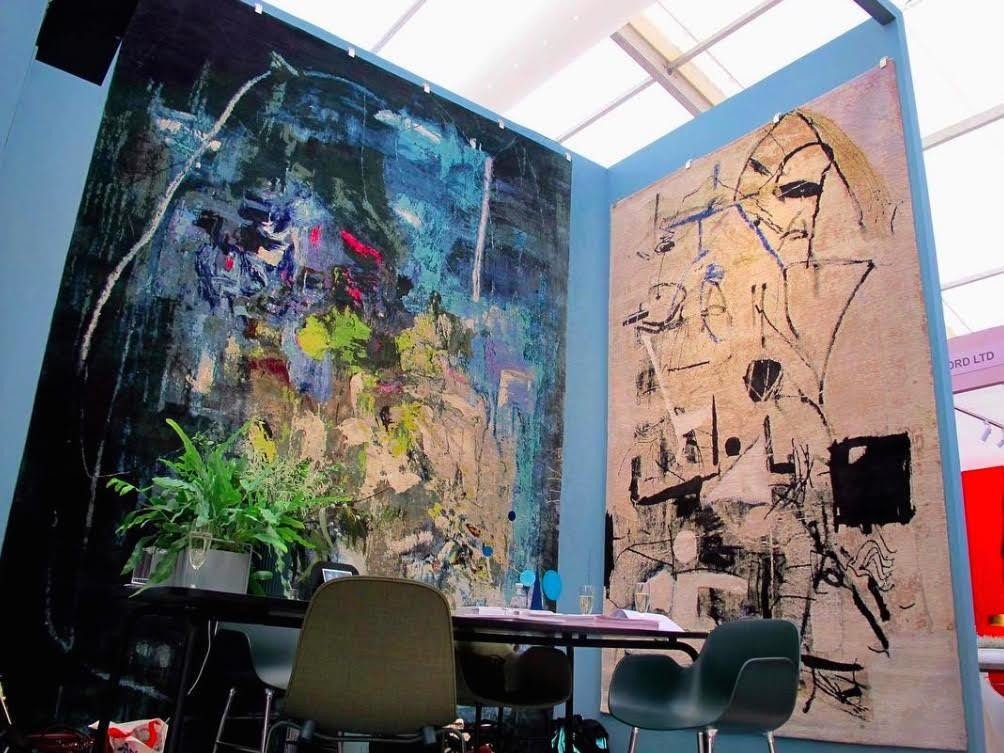 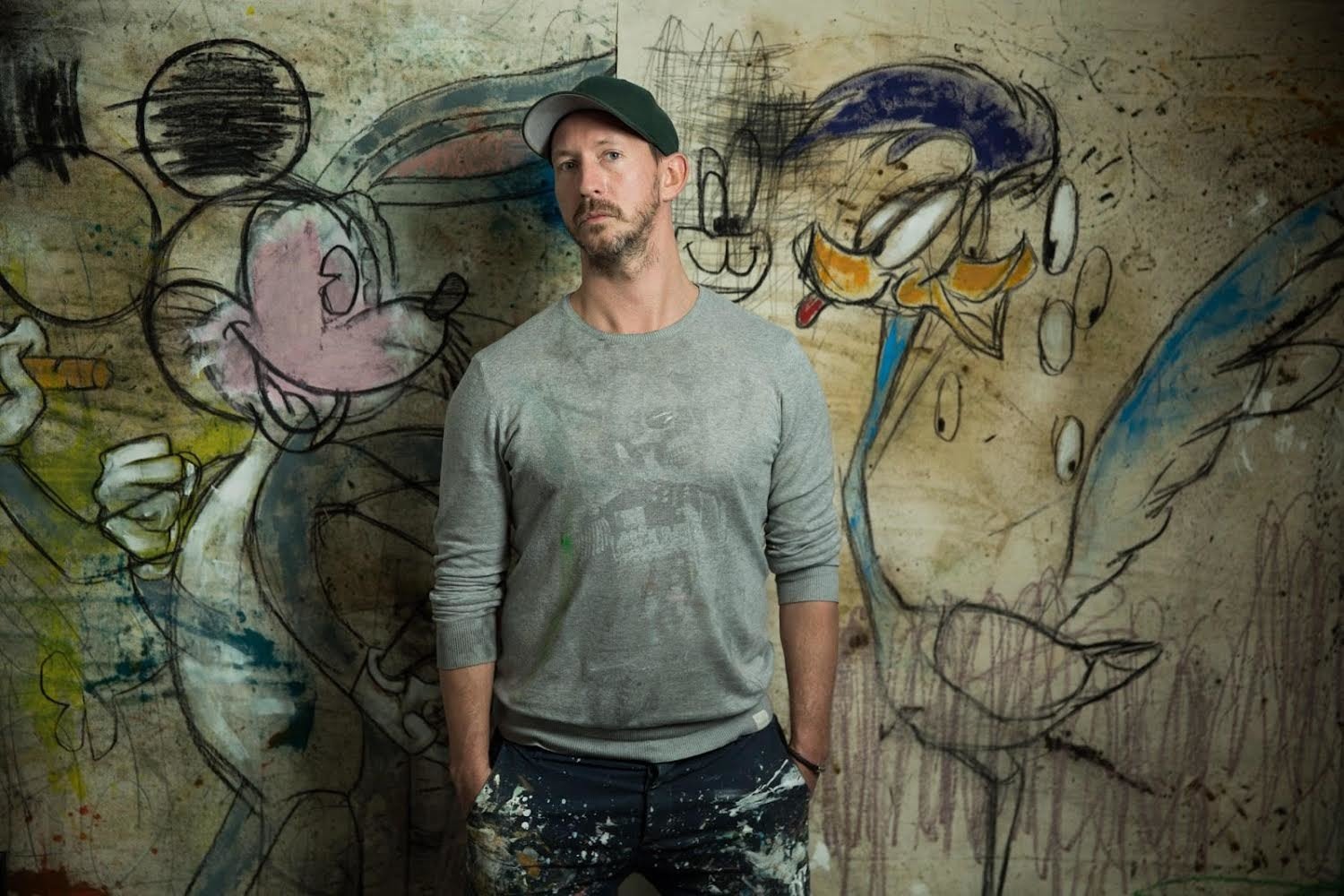